"Hey Dad, thanks but no thanks"

Now for something completely off topic and out of left field.

What could possibly be better than having the opportunity to move into the family's rapidly growing business? We are talking about a business that is at the very forefront of a refreshing (and much needed) new era in e-commerce security and affordability.

Well, for my son Brenton it's a "hey dad, thanks but no thanks".

Fresh from graduating at the Queensland University of Technology (QUT), Brenton has landed a key role playing a character by the name of Luke in the new Fox8 teen drama SLiDE. If you want to see one of the best promos for any Australian drama series check this: SLiDE Advert

And here is a little behind the scenes bit of him talking about his role in SLiDE: Brenton Thwaites as Luke in SLiDE

But that's not exactly all Brenton is up to. From time to time he'll be pestering the happy little Summer Bay community on Sydney's north shore as a badie "River Boy" named Stu in the popular Channel 7 series Home and Away. 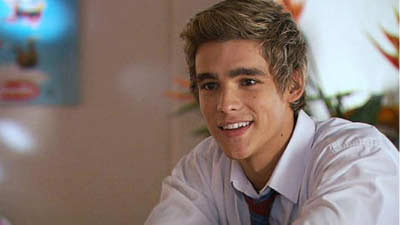 Compilation: Brenton Thwaites as Stu in Home and Away

With that sort of competition the e-Path enterprise hasn't got a chance in a month of Sundays to attract him so what's a father to do? Well, the truth of the matter is I am bursting with pride at how things are starting to take shape for Brenton in his chosen career.

[Update January, 2012]: With the fantastic experiences of SLiDE and Home and Away now behind him Brenton has managed to keep the momentum going. He has landed a support role in the new Australian film 'Save Your Legs'. Described as a coming of middle-aged 'bromance' the film follows three long-time friends who try to play for Australia. 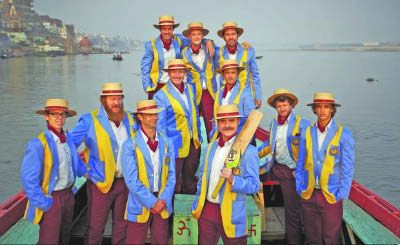 Brenton played cricket at school where he wasn't happy unless he hit a "six" off every ball. Dare I suggest he'll be totally in his element if he is required to be filmed batting!! See: Save Your Legs

[Update March, 2012]: Well, I have to say this latest one is fantastic for him. Brenton has landed the male lead role in the remake of the famous Blue Lagoon movie - the unforgettable original starred Christopher Atkins and Brooke Shields.

At the time the original was a controversial movie because of the nudity. OK, as a young teenager myself when I first saw it I certainly didn't mind that at all, but now as a father of one of the actors I hope things are a little more tame. See: Blue Lagoon Remake - Behind the Scenes and The Official Trailer 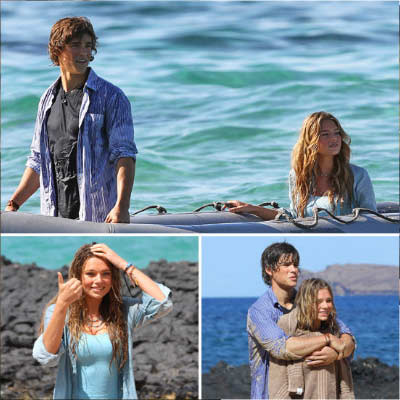 [Update June, 2012]: Now that he has been rescued from a deserted island in "Blue Lagoon: The Awakening", there's no slowing his career momentum. He has landed an amazing role playing Prince Charming alongside Angelina Jolie and Elle Fanning in a new Disney production of Maleficent, that retells the story of "Sleeping Beauty".

Brenton being interviewed about his role in Maleficent.

[Update Nov, 2012]: Following on from filming Disney's Maleficent Brenton has landed a role in a horror film. The film Oculus is about a woman trying to exonerate her brother (played by Brenton), who was convicted of murder, by proving that the crime was committed by a supernatural phenomenon. 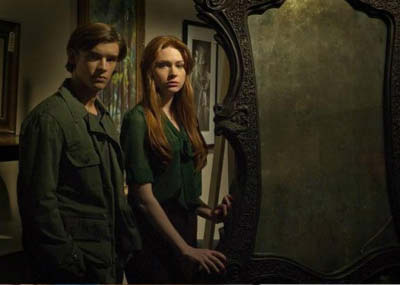 This one sees Brenton off to the US again. He loves it over there. We haven't seen much of him for well over a year now.


[Update Christmas, 2012]: A few days break over Chrismtmas got us all back to basics. And no, his new found fame didn't get him out of cleaning his room!! 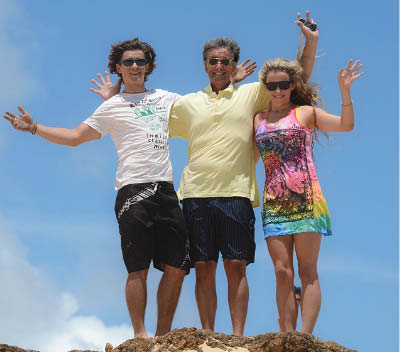 Brenton, myself and Stacey bid a big hello from the sand dunes of Rainbow Beach the day after Chrissie.

See: Being Interviewed with Kate Waterhouse

The film marks the debut feature of acclaimed short filmmaker Julius Avery and centres on the relationship between a master criminal (Ewan McGregor) and his young protégé (Thwaites).

Breton tells me part of the prep for this film is being trained by experts in how to handle machine guns and hand guns. He never tells me much when he is filming (he is not allowed to) but by the sounds of things he is having an absolute ball.

[Update March, 2013]: Brenton has landed another lead role in the film "The Signal".

The Signal is a science fiction thriller film directed by William Eubank and co-written with Carlyle Eubank, David Frigerio and Sebastian Gutierrez. Brenton will be activing alongside Laurence Fishburne, Olivia Cooke and Lin Shaye.


[Update June, 2013]: Brenton has landed a lead role in the film "The Giver", starring Jeff Bridges and Meryl Streep.

Brenton plays a boy who is selected for his life service as the Receiver of Memories and works with The Giver (Jeff Bridges), an old man who teaches the boy to use his unique gifts of the senses. Meryl Streep will play the society’s Chief Elder, an authoritative and antagonistic woman who assigns the young their tasks.

See: Brenton Cast Opposite Jeff Bridges in The Giver

This one sees him off to South Africa. Amazing, just amazing!


[Update: September 2013]: Well, this latest one really hits the spot as it involves his love of surfing. Brenton has been cast alongside Helen Hunt and Like Wilson in a movie called "Ride".

Helen Hunt wrote the script, which sees Brenton playing a “NYU student who moves from New York to California for the summer. He leaves behind his strong-willed magazine editor mother (Hunt) and when she hears he is chucking school for surfing, she follows him.

[Update: January 2014]: His latest film is called Gods Of Egypt and is being filmed at the Fox studios in Sydney.

See: Gods of Egypt rolls in to Sydney

Brenton plays Bek, a young thief who joins the god Horus (Nikolaj Coster-Waldau) on a quest through the palaces and pyramids of ancient Egypt where they encounter the Sun god Ra (Geoffrey Rush) and the dark god Set (Gerard Butler), who killed and mutilated his brother Osiris. Horus, the son of Osiris, seeks revenge.

Except for a brief time off at Christmas 2012, he has now been pretty well flat out for the last three years straight. The crazy thing is I think there will about four major films at the cinema at the same time and each with him in it.

Anyway, great to see Gods Of Egypt being filmed in Australia. It also means he was able to take a well earned break before filming, so we slipped down for a surf at the 'secret spot' to recharge the batteries. And no, we didn't get bogged! 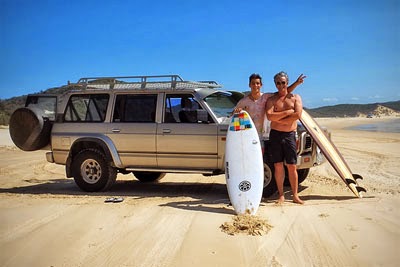 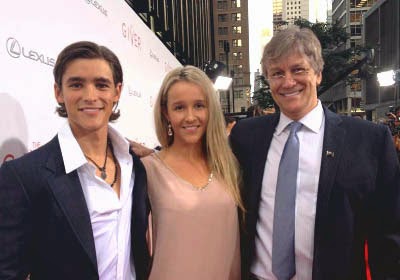 Brenton, Stacey and myself on the red carpet for the premier of "The Giver" in New York. It was excellent to be able to share in this event with Brent and somewhat surreal to find myself in conversation with some of the cream of Hollywood - Jeff Bridges, Meryl Streep, Katie Holmes, Harvey Weinstein, Phillip Noyce and more.

The book "The Giver" by Lois Lowry is taught in U.S. schools and as you would expect there is enormous interest in the movie across all age groups over there. The release of the movie was top-billing news in the U.S.

In Australia "The Giver" is to premier in early September in Brisbane and Sydney and as a favour to Brenton Village Roadshow *might* be also premiering it in Cairns, Brenton's home town and where we lived only up until recently.

An edge-of-your-seat heist thriller starring Ewan McGregor and Brenton. Son of a Gun tells the story of a young man who is drawn into the lawless world of a notorious criminal.

This movie was filmed entirely in Western Australia and was an amazing experience for him in many ways. They filmed inside a real prison and he was trained to handle weapons.

[Update November 2014]: It just goes from amazing to amazing for him. His next big project is a role in the latest Pirates of the Caribbean movie.

See: Brenton Confirms role in Pirates of the Caribbean

As to what role he'll be playing is unknown (probably under wraps) but he is over the moon it is being filmed here in Australia. Go you good thing!!

[Update March, 2017]: Pirates of the Caribbean: Dead Men Tell No Tales is all complete and is about to be released.

I visited the Gold Coast set a few times and relished the opportunity to walked around the "Black Perl". Was quite an experience. Brenton had an absolute blast and tells me he and Johnny and a few others would often spend time during idle periods jamming away on their guitars and kicking up a storm!! Anyway, here's one of the trailers featuring him ....

Yes well ... I can kiss good-bye to any hopes of my son coming in to the e-Path business anytime soon, but hey, what an utterly amazing journey he is living right now. Let it roll on!!

Amidst all these off-topic fun updates about my son Brenton I'd like also to make a quick mention of my daughter Stacey. Stacey graduated from James Cook University in Cairns achieving a Bachelor of Science and is currently assisting part time here at e-Path as well as assisting Brenton as his PA as she awaits employment in her chosen field - Environmental Science. One of the most caring, compassionate, obsessively accurate and self-driven persons you are ever likely to meet, Stacey is set to make a wonderful contribution towards making the world a better place. Yes, I'm beaming with equal pride for both my children.