THAWTE Inc. is one of the world's best known SSL certificate providers. They have an impeccable reputation within the banking, financial and international stock and money trading sectors.

Perhaps as to be expected THAWTE SSL certificates are amongst the most expensive products of their type, however, the THAWTE SSL + EV certificates perfectly compliment the level of security the e-Path system has been engineered to deliver.

When you see a website protected by a THAWTE SSL+EV certificate you can be assured the site owner is about as serious as they can possibly be about online security.

A New Ford Focus for e-Path

Another completely off topic post to break up the monotony.

The township proper of Gympie has had it tough in recent times having been flooded three times in the space of a five week period.

Most businesses in the township have been out of action for extended periods which puts great financial pressure on those who are trying to make a living not to mention also negatively impacts on the whole local economy. 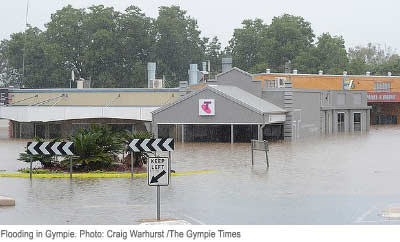 When it came time for e-Path Pty Ltd to acquire a new company vehicle we decided to give the local Gympie Ford dealer, Action Auto Group, a shot rather than source from Brisbane. e-Path has an office located in quiet Cooloola Cove so Gympie is not too far away anyway.

On Saturday April 6, 2013 our accounts manager Chris put his weekend on hold and popped up from Brisbane to take delivery of a freshly arrived brand new Ford Focus Ambiente hatch. 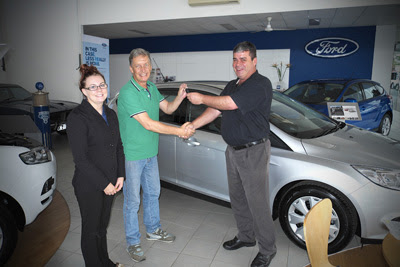 Conrad and Teegan hand over the keys to Chris.

What made this a little unusual, which is the reason why I'm rambling on about it here, is the level of friendly professionalism afforded to us by Conrad, Trevor, Peter and Teegan and how we are impressed with the Ford Focus itself.

It was a choice between the Ford Focus, the Hyundai i30 or the Holden Cruise, no doubt all nice cars, but as Chris will now tell you he is very pleased we chose the Ford.

Ford have some attractive drive-away pricing on most of their models at the moment so our timing could not have been better. It was nice to see this included a full year's rego and not just six months. 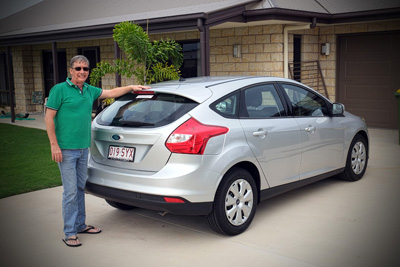 Chris commutes from our main Brisbane office to the Cooloola Cove office fortnightly and so the idea we will no longer be paying hefty big car fuel prices is something that can't happen soon enough.

And on that subject, what is it with fuel prices anyway? When the AUD was low against the USD, that was the reason why we were paying ridiculously high prices for fuel. But now the AUD is very high against the USD, apparently that is the reason why we are paying ridiculously high prices for fuel. Hmmm, I think it's fair to say we all know something is not right there.

Anyway, the Ford Focus hatch is a particularly smart looking vehicle, extremely solidly built and according to Chris a total joy to drive.

So, well done to Ford for a great looking well built little car and thanks again to the Action Auto Group people in Gympie for making our new car purchase an enjoyable exercise.